May be it is not the top tourist attraction in Kyoto but you will be overwhelmed when you visited here.
3 views0 comments

Traveling between Osaka and Nagoya? Why not taking Kintetsu trains?
6 views0 comments
Teddy

There are three sects of Zen. One of them is Rinzai school. The largest branch of the school is Myoshin-ji. Ryoan-ji temple which belongs to this branch is a very popular tourist attraction in Kyoto. Although Kiyomizu temple or Golden pavilion is much famous among Japanese, Ryoanji is definitely a place to visit when you are in Kyoto. It is known as the British Queen, Elizabeth II requested to visit Ryoan-ji during her official visit to Japan in 1975. Then, the highlight o
8 views0 comments
Teddy

Kyoto is probably the top destination for foreign tourists to visit in Japan. Not only foreigners, it is a very popular place for Japanese especially in autumn. Kyoto is landlocked, which temperature is little bit severe in Honshu island, summer is hot and winter is cold. Former capital of Japan, people may think that there are only temples and shrines in Kyoto, but there are plenty of large firms known also outside of Japan. These firms are Nintendo and Kyocera. The populat
2 views0 comments
Teddy

I think many foreigners know that the Emperor of Japan lives in Tokyo. However, not many know that emperors used to live in Kyoto. Until the capital of Japan moved to Tokyo in 1868, capital of Japan was Kyoto. However, between 1603 and 1868, the nominal ruler of Japan, Shoguns of Tokugawa shogunate lived in Edo, current Tokyo. Shogun lived in Edo but the emperors lived in Kyoto since 794 and Kyoto Imperial palace was the residence of emperors from 1331 to 1869. It is intere
3 views0 comments
Teddy

Rokuonji temple known as Kinkakuji temple = Golden pavilion is definitely one of the most popular tourist attractions in Kyoto. Built by the third shogun of Ashikaga clan, Yoshimitsu Ashikaga in 1397. Golden pavilion survived during the civil war, Onin war and WWII but unfortunately burnt down in 1950 due to an arson which was done by the apprentice of the temple. The reconstruction started in 1952 and finished in 1955. Then, it is a part of UNESCO World heritage since 1994
4 views0 comments
Teddy

Golden pavilion, Rokuonji temple can be the one of the most famous temples in Japan. The history goes back to 1397, the founder was the Yoshimitsu Ashikaga, the third shogun of the Ashikaga shogunate. The Golden pavilion became the national treasure in 1929 and survived the World War II but the pavilion and other national treasures burnt down in 1950. The police and the fire department started the investigation and concluded as the fire was set as arson and the police found
6 views0 comments
Teddy

Sanzen-in temple is located in Ohara district of Sakyo ward of Kyoto city. Ohara is famous for shiso mint field. The temple was originally built in 8th century by Saicho, who built the Enryakuji temple on Mt.Hiei. Then, moved several times and finally moved to Ohara in 1871. Churches in Europe can be rebuilt by usually stand on the same places but Japanese temples are normal to move its location, especially in Kyoto. This is due to civil war or decision of the rulers of J
2 views0 comments
Teddy

There are many towers in Japan and these towers have observation decks for public. Then, there are two types of towers. The first type is to be built as the telecommunication tower for broadcasting TV signals, and the second type is towers built as office buildings but observation decks were made too. The first type of towers are Tokyo tower, Skytree tower(Tokyo), Kyoto Tower and etc. The second type is Landmark tower in Yokohama, Abenoharukasu in Osaka and etc. Kyoto towe
2 views0 comments
Teddy

One of the things which you can not see easily in Europe is the bamboo grove. Bamboo is very familiar for a life in Japan. Japanese eat bamboo shoots and use the bamboo instead of wood. Due to bamboo has a straight hole inside, it is cut in half(vertically) and used as a pipe or a bottle. Bamboo shoots are mostly stewed with meat and vegetables together or can be steamed together with rice. Therefore foreign tourists are looking forward to see the bamboo groves during thei
6 views0 comments 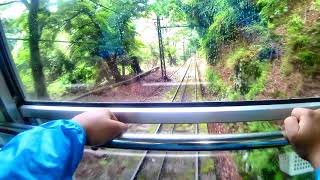 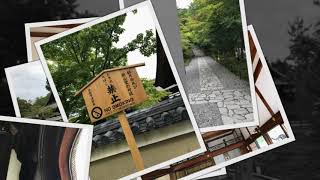